The Ancient Tradition of Sweeping Away the Old & Welcoming the New

The History of Jumping the Broom

The ancient wedding tradition of jumping the broom is strongly associated with Black weddings in the United States. Weddings among Black slaves weren’t recognized by the government before the Civil War. As a result, broom jumping became the act of consecrating a marriage between slaves. A popular myth alleges that this tradition was a West African tribe’s ritual and passed on from generation to generation. However, there’s no record of its occurrence in Africa prior to the Transatlantic Slave Trade, according to Tyler Parry, a historian of marriage rituals in the African diaspora.

Interestingly, the tradition of jumping the broom traces back to Romani people living among the Welsh. Their marital statuses were never recognized by the church. Historical records from 1700 in Wales are the oldest documentation of the ritual.

“The broom handle represents the strength of the family, the bristles represent family members, and the decorative ribbon is the three-strand cord that God speaks to. The premise here is that two is better than one, and a strand of three is not easily broken.”

The tradition most likely traveled to America with slave traders. Some slave owners forced slaves to jump the broom to signify their union. Others coordinated elaborate weddings to prove their benevolence to slaves and abolitionists. Around the middle of the 19th century, African Americans identified with the ritual as their own.

After the Civil War, former slaves could register their marital status with the government. Many slaves who married before 1865 believed that jumping the broom was sufficient. As a result, some of them refused to officialize their marriage with neither clergy nor county members. Consequently, jumping the broom became a symbol of ancestral acknowledgment and honor. Today, the tradition is alive and well in Black weddings.

While the tradition hasn’t significantly faded away, it’s rare to find a vendor who makes brooms for wedding ceremonies. Brides and grooms who incorporate the tradition into their big day usually make their own or designate a loved one to make it for them. Not every photographer will understand the full scope of this tradition’s history. Be sure to make the broom part of the detail shot list just like the invitations, the rings, and the flowers.

“Sometimes couples have a broom bearer who is usually older than the ring bearer,” said Lorri Lewis, Lead Planner at DirectHER. The broom bearer should be big enough to carry the broom down the aisle.” Other times, the broom is preset at the altar or held in the front row by the mother of the bride or groom until the jump, event planner Aisha Thomas shared.

The Broom After the Wedding

So, what happens after the ceremony? The broom is normally placed by the sweetheart table or the cake display, according to K. Carlton Inc., a Chicago-based wedding planner. “We have ours mounted above our wedding photo among the family wall of photographed accomplishments and medals,” she shared. It’s common for newlyweds to set up their broom at home on display by their wedding photos.

“It’s like the veil, they treat it with care because someone special to them made it for them,” Hughes said about storing the broom.

Connection to ancestral roots is what makes Black couples so proud of this ritual. Smith said, “We would be keeping a tradition that our ancestors did when they got married. Even if our parents or their parents didn’t, someone along the line did. And we want to be reconnected with our past to keep it alive.”

While it's a Welsh-Roma ritual, jumping the broom has garnered attention from couples outside of the Romani and Black cultures. “We were unable to legally get married in the state of Virginia, but we could fly to California and be legally married,” Jeffrey said about his partner Sam. “I remembered this tradition of the slaves and how [it] was a way for them to show the significance of their ceremony.”

“For us, in our minds, we’re legally married, and we did a tradition that validates that we’re able to [get married]. We had a lot of mixed traditions," he said. “We broke the glass. We jumped the broom. We did a Christian communion [in which] an orthodox Jewish lady felt comfortable participating because we had reworked the language so that she felt included. We had an Atheist friend participate, too. It was all about educating our guests and making sure they understood why we were incorporating all of these elements.”

Hughes explains the broom jumping tradition to couples such that they fully understand its historic significance. “One Spanish client of mine wanted to jump the broom,” she said. “They learned about it, researched it, and they wanted its history recited at their ceremony. As long as the couple understands what it means, and the ceremony includes a reading of its history, then it becomes cultural appreciation.” If you have doubts about whether you’re appropriating a cultural custom, it’s good practice to receive a blessing from a native to the culture from which a tradition originates.

How to Jump the Broom

Directly after your officiant reads the passage to brings your ceremony to a close, they should announce the beginning of the jumping the broom ceremony. Designate someone to deliver the broom to either the bride or groom as they face the guests. You’ll also designate a reader to share the historic significance of broom jumping.

Here’s an example of a passage read by the father of the groom: “We end this ceremony with the African American tradition of jumping the broom, which dates back to many diverse cultures.”

“Broom jumping is a tradition that’s been passed on from generation to generation when our ancestors’ vows and marriage were not legally recognized. As a creative display of our matrimony, we proudly carry on the ancient tradition of jumping the broom. The straws of the broom represent the couple’s families, and the handle represents our Almighty God.”

Traditionally, the groom takes the broom by the handle and makes circular motions three times around with the straws of the broom facing down. The reader continues to honor African American slaves who married inside of the ritual. “We pay homage to our ancestors, whose shoulders we stand on and whose wisdom shines a guiding light on us. As our bride and groom jump the broom, they physically and spiritually cross the threshold into the land of matrimony. It symbolizes the sweeping away of the old and the welcoming of the new. It's also a call of support for their marriage from the entire community of family and friends. By jumping the broom, this couple will symbolize the beginning of their new life together with a clean sweep!”

The partner with the broom hands it to the other, who then places the broom on the ground. The officiant instructs all wedding attendants to verbally usher in the new marriage. “Everyone repeat ‘1, 2, 3, jump,’ together…1, 2, 3, jump!” The couple jumps over the broom together, and then they seal their bond with a kiss. 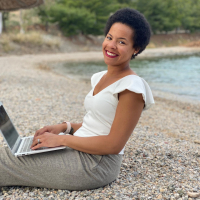 Ivy Summer is the owner of Voulez Events based in San Francisco. She's a Certified Wedding Planner of The Bridal Society with a decade of experience working with engaged couples around the world, as well as the host of an online wedding planning workshop, Plan Like A Pro. Ivy is both a founding member of the National Society of Black Wedding Event Professionals and Aisle Planner's Diversity Committee. 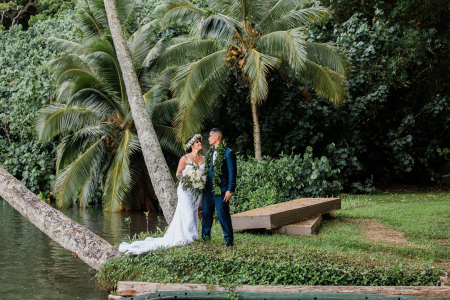 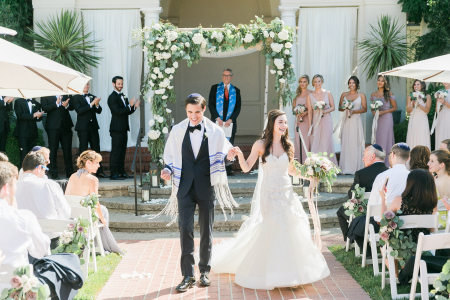 Customary Jewish Wedding Traditions & the Meaning Behind Them 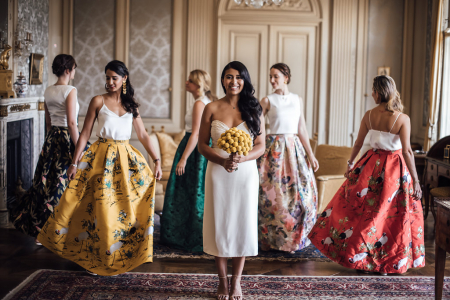 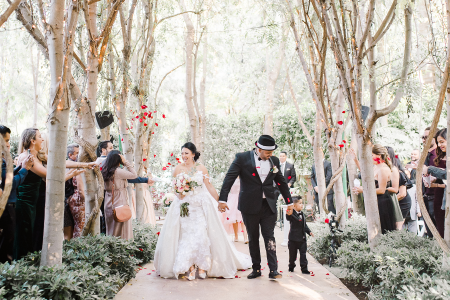 Make Your Kids Feel Special on the Big Day 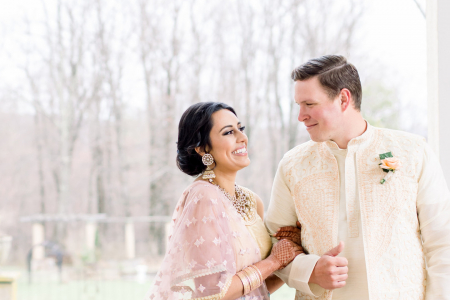 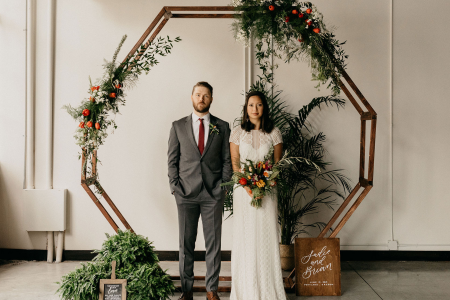